You are here: Home / Entertainment / Drama Review: The Haunting of the Hill House

Is Haunting of the Hill House worth the hype?

If you weren’t familiar with this recent Netflix-release because you were watching it, you must have heard it being mentioned a ton of times everywhere you turn. It has apparently been haunting almost every single viewer. With 8.9 IMDb rating, The Haunting of the Hill House (T3H) has been one of the leading and most discussed shows on the internet ever since the premiere on 12th October this year.

After hearing everyone talk about this new horror sensation so much, I knew I HAD to watch it myself to find out if the show was really worth all the hype. All those saying T3H is so good and terrifying at the same time, well…they might just be right. This is one hell of an entertaining show, just may be not for the faint-hearted. If you still haven’t watched it, here are five reasons why you need to catch up on this thrill fest (heads up for the SPOILERS, though).

The story is an engaging psychological thriller

The show is based upon the modern adaptation of the novel of the same name by Shirley Jackson. The plot revolves around the Crain family in present and past and how living in the Hill House affected their past and present both, at the same time. The story is not only terrifying but also is a psychological thriller; it covers things like sleep paralysis, trauma and loss, and almost everything else that would make you feel heavy in the heart and sympathetic for each character, except Steve (I just didn’t like him).

Each episode of the show is more interesting and engaging than the previous one because each of them is shown from the perspective of every member of the Crain family and their memories of the Hill House, that begins with Steve as he is the eldest of the Crain siblings. By the time you are done with episode five, you will realise that each character represents a different stage of grief. After Olivia’s (the mother) death, each of the Crain child had their own different approach of understanding the incident; Steve is in ‘denial’, he is shown to never accept Nell and Luke’s stories of the Hill House. Shirley is ‘angry’. Theo tries to ‘rationalise’ everything, find reasons and bargains with the truth. Luke is in ‘depression’, surely the most difficult stage of grief, and so, his loss is most visible. Finally, Nell represents ‘acceptance’ (strangely enough she eventually hangs herself). 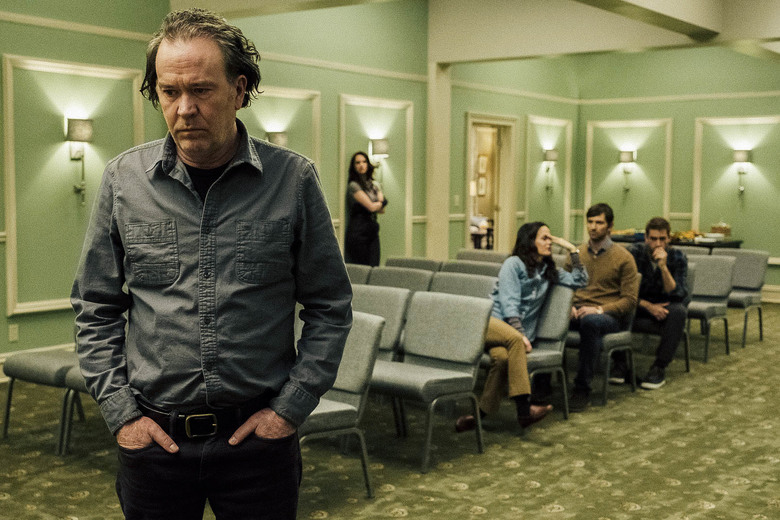 The performances by children are at par with the adults

Be it the child version of any of the Crain children or the grown up one, each and every individual has acted and played their parts so well that you would instantly feel for them. Be it the child version of Luke and Nell seeing the ghosts around the house or adult version of Theo being cold and then bursting out because of her struggles, all the actors are the best versions of themselves in not only resembling their younger and later self but also exceptionally great at telling their character’s story.

The visual creativity will blow your mind

The show has one of the best and most puzzling visual effects you would ever see on television, so in order to understand the whole of it you must have a keen eye to connect all the dots the dialogues and the visuals give you. The great details in the show keep you on the edge of your seat as much as other elements. The biggest mystery of the whole show was ‘what’s inside The Red Room?’

Throughout the show we will see Nell and Shirley trying to get inside it but by the end, we will come to know that they all have been inside The Red Room in one way or another. Whether it is the tree house for Luke or dance room for Theo, the room has always been there and open for every character. Statues turning their heads around, Luke’s drawings, Shirley’s sleep talking, everything is directed towards one thing or another in the story that has already or will be shown.

There are lots of ghosts and some more

Okay, so if you think that the show wasn’t that scary after all because it doesn’t have that many ghosts, then my friend, you might have to watch the series again (not that it isn’t already worth re-watching). Because the whole show is full of hidden ghosts throughout every episode, you may have to rewind and look closely. I was given a heads up before I started watching T3H, so I was able to point most of the ghosts, but not all. Peaking behind the railings, hiding under the piano and all the places you least expect, you will find a ghost, and I find that to be a very unique approach to scare the audience rather than throwing the ghosts at your face.

Give the show a watch and enjoy the psychological horror-journey it takes you on. And if you are easily scared, then watch it in broad day light! Happy binging.

Anum holds a Bachelors Degree in Media Arts from the University of Karachi, Pakistan. She passionately pursues a career in freelance film-making and content writing.

Anum has worked with Ideas by Gul Ahmed, SIUT and Sukoon. She plans to launch her own web channel one day.

Her Motto in life, in her own words: “Live in the moment, as it will pass, like everything else in life!”