You are here: Home / Community / EDUCATED – A Journey of a Lifetime in a Book

When a book remains on top of The New York Times bestseller list for weeks, and then comes highly recommended by none other than fellow bibliophile Bill Gates, you sit up and take notice. This memoir of the authors life, who was born a Mormon and raised by survivalist parents in rural Idaho, with no formal education and even less social interaction with the world, is an education in itself. From the beginning when you realize that this beautiful and eloquent narration is by a woman who has not stepped inside a class room till she reached college, you know you are about to embark on a journey of a life time. 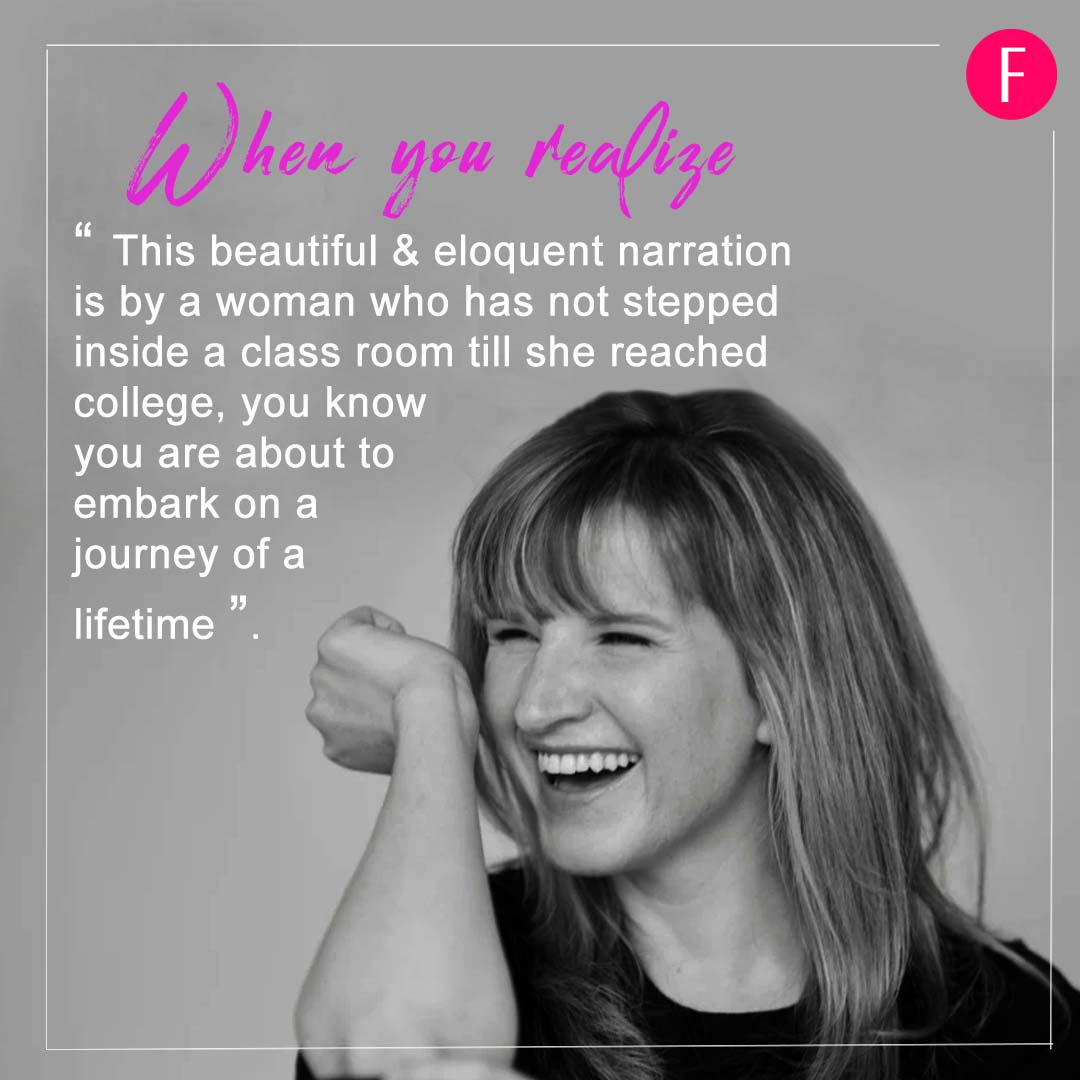 Tara is one of seven siblings and her story is a journey of self-discovery and finding her own path by breaking free from the set of indoctrinated beliefs. The siblings were the “crew” since their childhood  days, at Tara’s father’s junkyard and they worked under the roughest and toughest of conditions. The father’s non mainstream views about the government, education and health system, and his superstitious beliefs of the approach of doomsday and the rigorous preparation for it, left a lasting impact on all the siblings; each of them, responding in his or her own way. They were not only denied a formal education, but in his paranoia, the father never obtained insurance, nor did he let them get medical help regardless of the worst accidents at the junk yard or in car crashes; (which they had more than a fair share for a lifetime). It was at college, in a psychology class, that Tara finally understood that her father had classic symptoms of bipolar disease. She writes “the same paranoia that was the symptom of the illness would prevent its ever being diagnosed and treated. No one will ever know”

While the focus of the book remains on Tara’s relationship with her father, there remains a strong background presence of the woman who bore and raised her. Her mother was forced to become a mid-wife due to her husband’s paranoia of being self-sufficient, and despite severe head injuries, went on to become a successful healer and herbal oil specialist. She seemed like the reason three out of seven siblings went on to get a Ph.D.

There is a gaping hole in the story about the mother’s role and impact on the author’s life. Even though she is a stoic believer of her husband’s views, she was the one who insisted on home schooling the children, and despite the lack of credit given to her for that, it seems unbelievable that three siblings could get through ACT’s and learn Math and English with poor home education, albeit their best efforts. There must have been something about their childhood that gave them the grit to persevere and teach themselves anything at all. 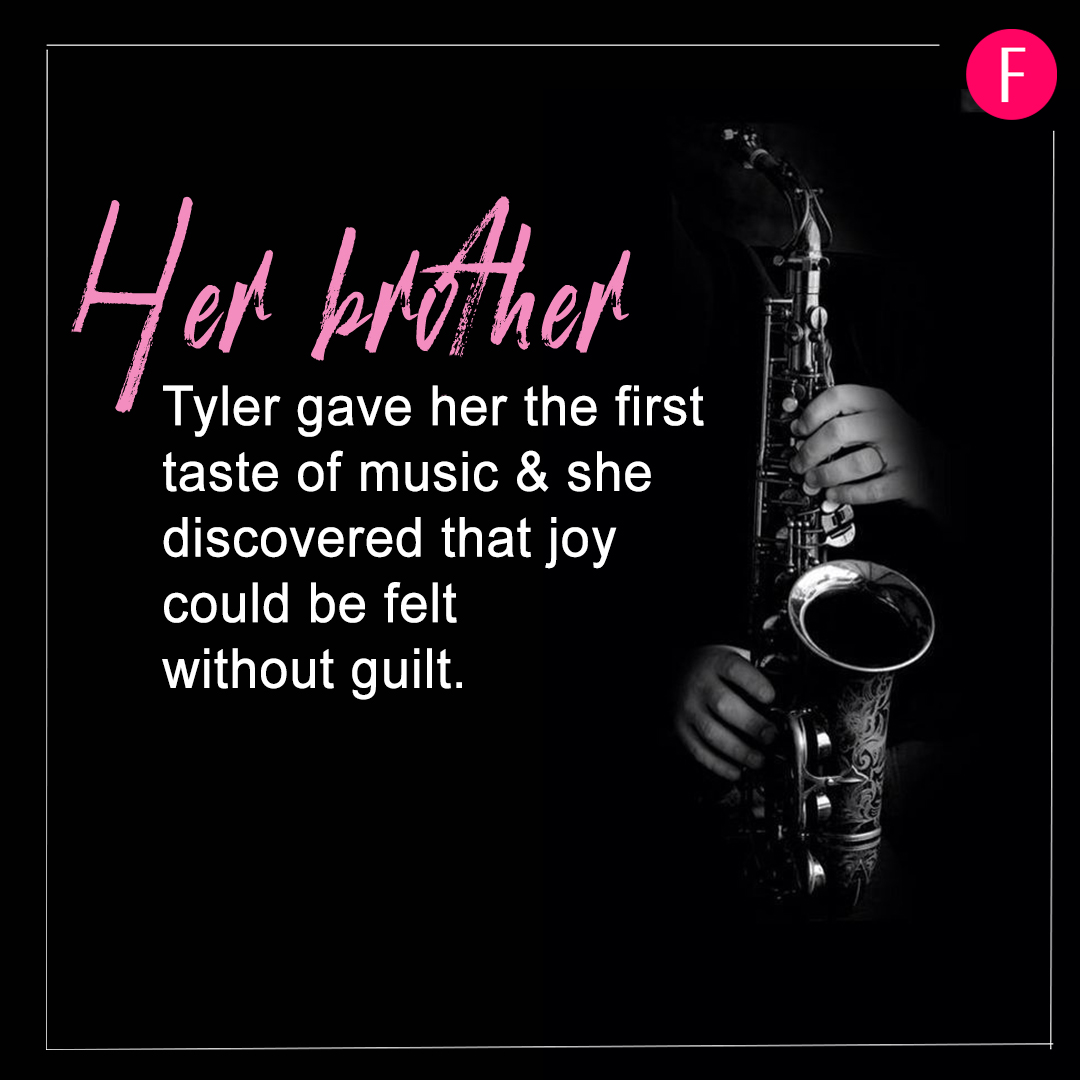 In every person’s life, there are moments of self-discovery and self-worth. For Tara, the first moment came when she discovered music. Her brother Tyler, who was the first to leave home to go to college, gave her the first taste of music and she discovered that joy could be felt without guilt. Of course the music was choir music so it was within the belief system. Slowly, bit by bit, Tara learnt to make decisions without seeing things through her father’s lens. She doubted and second guessed herself many times and despite longing to connect to the main stream world, held herself back for many years, feeling out of place despite many teachers and friends showing their belief in her abilities.

The truth is: that I’m not a good daughter. I am a traitor, a wolf amongst sheep, there is something different about me and that difference is not good. I want to bellow, to weep into my father’s knee and promise never to do it again. But wolf that I am, I am above lying, and anyway he would sniff a lie. I am not sorry, I am merely ashamed.

This was probably the most profound realization of what she would lose in order to gain a new life. Even though she went on to get a Gates scholarship and earn a doctorate, the pain of being estranged from some members of her family can be felt throughout the narrative. Her descriptions of the abuse she suffered at the hands of one brother and the physical and emotional traumas she endured show the greatest resilience. “How I had hollowed myself out. For all my obsessing about the consequences of that night, I had misunderstood the vital truth: that it’s not affecting me; that was the effect.”

If a Bill Gates recommendation is not enough, this book will resonate with readers of any genre. Tara Westover is a gifted author and while reading her memoirs, I sometimes felt like I was reading a great novel; indeed truth is sometimes stranger than fiction. Her writing style is eloquent and honest and her story is inspirational. It goes to show what a person can achieve if they put their mind to it – despite an unconventional life.

Mona Wahid holds a Bachelors Degree in Law and Political science. She runs a Facebook group called “Reader’s Lounge” and is also the moderator of her Islamabad-based book club.
Mona is an avid reader and a mother of 3.