You are here: Home / Entertainment / 5 Things I’ve Learnt From The Murder Of Qandeel Baloch

The Qandeel Baloch murder verdict is out. but have we really gained justice for someone on whose death the nation will forever be divided?

Please Note: This article was written when Qandeel Baloch was murdered. Therefore the verdict was not out in the courts, however, the points mentioned stand relevant today, hence we have republished it as a thought piece for all those who are still debating the circumstances surrounding her death.

For the past few years, I have been on a mission – a mission to make certain changes in myself. I grew up in a typical Punjabi Sunni family in Lahore. Everyone that I ever met till I got married and moved to Karachi was Punjabi and Sunni with maybe 2 or 3 exceptions. So anyone who wasn’t one of the two was – different, not one of us. I apologize for that thinking but at that time I didn’t know otherwise. I moved to Karachi in 2009 a few weeks after my marriage. My husband too (by the grace of Allah) was a Punjabi Sunni – and the sarcasm in the bracket is fully intentional. On moving to this multicultural city I understood the real meaning of the white part of our flag. I met people of other faiths, ethnicities, sects and people who had different habits and lifestyles than mine. I made friends with people who nazubillah (yes that’s sarcasm again) drink and experienced that they are great friends, they care about me, they are there when I need them, they take care of the needy around them, they fulfill all requirements of huqooq-ul-ibaad. I have come across people of other faiths who have proven to be better workers, more honest and also better humans than their Muslim counterparts. So my mission is  making myself more tolerant and less judgmental. I want to leave their matters to them and to Allah. I want to come out of the protective shell I grew up in, to broaden my horizons, to understand that my religion is the religion of peace, of co existence, of love and that my beloved Allah Mian has said that He can forgive if we do not fulfill huqooq Allah but He will not forgive if we deny the huqooq of our fellow human beings. 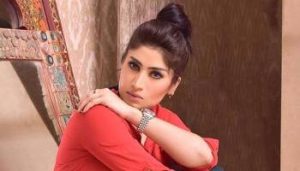 The murder of Qandeel Baloch made me realize how much more I need to work on myself. And I am STILL living in a protected shell – because I am living in the upscale parts of Karachi. I went to the elite institutions of education. I shop at the best malls in the country. I eat at the expensive restaurants. I get to do the cool jobs. Even if I tried, sitting behind my laptop where Facebook is the main feeder of information to me, I cannot even begin to understand the plight of women in my country, the plight of minorities, the plight of the poverty stricken.

Today was a good day when it started. I woke up to a cool breeze blowing in Karachi. The sun was resting peacefully behind the clouds. We packed up for the beach to celebrate a dear friend’s birthday and on our way we got this news. I have just not been able to concentrate on anything since then. I am not a writer and may not be able to pen down my disgust in a way that does justice to it, but I am going to try.

1.  This society is more hypocritical than the word itself can manage to convey

When the behen does it, marry her off or better yet, just kill her. When the bhai does it, larhkey to aisey hi hotey hein. If the wife stays out till late at night, dares to have male friends – maan baap ne kuch sikhaya nahin? If the husband does it, beta, sabar karo. The very men who condemned Qandeel’s videos in public, enjoyed them in the privacy of their homes I bet, liked them, shared them and made her the social media celebrity she was.

2. The actions of a person may be the reaction to the life processes that individual has gone through

Agreed, many people are attention seekers and want an easy way to fame. But there could be some who are rebelling only because that is what their life has brought them to. We need to give them the benefit of the doubt at least. If my facts are straight and correct about Qandeel, a girl from a small town married off at 17, becomes a mother at 18 and suffers from an abusive married life, is underprivileged, is denied the right of education, has her son taken away but she still has aspirations and is not allowed to fulfill them then what sort of a reaction would you expect? Jo bo gay, wohi paao gay na? Our girls are given the dars that the key to a happy life is sabar. Haso mat, oonchi baatein na karo, larkion ko parhney ki kya zaroorat hai aakhir mein haandi roti to karni hai, miaan daant de to sun lo, maarey to kha lo, saas susar ki khidmat karo, maan baap se kam milo, bachhon pe bacchay paida karo – what are women to this society? Baccha paida karney ki machine aur hawas ki pyaas bujhaanay ka aala?

I don’t think I’d be mentally healthy if I were in a cage like that – in a cage that traps the majority of the women in this country. Having suffered from a mentally abusive relationship myself before I got married to my husband, I think I can understand what abuse can do to you. It does not always have to be physical.  Someone telling you ‘you suck’ all time can shatter your self confidence and can make you really believe you’re trash – for a long, long time, even after a loving, encouraging soul holds your hand. I am glad I didn’t end up marrying him but my little rebellions did consist of having a cigarette in college and wearing sleeveless to my farewell (both things that had been prohibited to me at that time). Only after Qandeel’s death, at some level, I can maybe understand her. She entertained everyone, including myself, but who made the effort to ask her what her life journey has been like?

3. People who will mourn Qandeel’s death are a minority.

The majority will celebrate the death of Qandeel Baloch and say she deserved it. There will be arguments like she deserved it because her videos were vulgar, she was a bad example for our girls or she must have forced the maulana to take off his cap. But this is not shocking. This is the twisted-mindedness that defines our nation.

4. Nonconformists have no place in this country

For a person to be right, he/she has to conform to the norms of the society. If someone is out of line according to your beliefs – dozakhi, khandaan ke naam pe dhaba, maar do. That is just how we react. Many of Qandeel’s videos did not conform to my own belief system as well. BUT – is killing off the person the answer? This is the country where thumkas are not banned – they are gunned down. Who are we to judge if that person should get to live or die? Are we God? Are we the law? We are not – then why not let Him be the judge of what is right and what is wrong. Ghalat ko bura jano, khud ko uss se door rakho, faisla Allah pe chorh do?

Sometimes our cultural norms do not even conform to Islam but those who deviate from them are considered lesser beings. For example, Islam gives the right of divorce but if a woman wants a divorce from her husband because he abuses her, has an extra marital affair, is gay or simply doesn’t love her (or she doesn’t love him) – beta sabar karo, bacchon ka to socho. If a girl wants to marry someone who is younger than her, haw haye apnay se choti umar ke larhkey se shaadi karo gi? What happened to the example of our beloved Prophet Muhammad (PBUH) and Hazrat Khadija?

Halala – The Quick Way To Cheat Yourself Out of Divorce!

5. We love to push the dirt under the carpet, but not remove it altogether from our home.

From the maasis to the masses, if Pakistanis are good at something, it is this. The day Sharmeen Obaid brought home an award for her documentary ‘A Girl in the River’ I felt like I have so many stinking freaks on my Facebook that it’s not even funny. They said she has defamed Pakistan and refused to acknowledge that she has brought forward one of the many evils that plague our society and that it needs urgent attention. That it needs a law to protect the lives of women. Bus India na sun le ke ye bhi hota hai Pakistan mein, ya CNN aur BBC pe ye story na chal jaye. Hamein thorhi farak parhta hai, ye sab to gaoon mein hota hai. I was disappointed in not just men but so many women too that I personally knew. How will you kill the snake that poisons if you are not able to even see it? Acknowledging the issue is the first step to its eradication.

For Qandeel Baloch to have lost her life at the hands of her own family is just beyond sad – it shows the dangerous brink that our society is at. Ya shaayed ham doob hi chukay hein. What protection was the government to provide for her when the killer is her own brother?

What is even worse is what is going to follow. She, herself will be blamed for her death. They will say she asked for it. Her brother will never be brought to justice. The family will be okay with housing a murderer in their home. And we will be instagramming about our food and clothes like normal from tomorrow, including me. There will be no change. We will continue to live in a society that sucks out our conscience like a leech. How hard is one to try to continue loving his or her country? Please…let me just continue loving my Pak Sar Zameen.

5 Facts to Know About Your Nikah Nama, (If you haven’t signed it yet!)

The views and opinions expressed in this article are those of the author and do not reflect the view of FUCHSIA.

The article is originally published on the author’s blog.

Mahvish lives by the motto: “Don’t judge, do your own thing. You owe no explanation.”
She holds a Masters Degree in Economics from The University of Warwick, UK. But if you think this mom of one sprightly daughter is content teaching at IBA (The Institute of Business Administration, in Karachi, Pakistan), alone, you are mistaken. Mahvish is self- employed at her husband’s photography business, Locura. She has also discovered a penchant for writing. With a number of travel blogs under her belt, she has penned her first Fashion Blog for FUCHSIA.
“I am crazy about travelling, photography and Bollywood. I save up my salary all year round to blow it up on one sensational travel experience once a year!” Confesses Mahvish.
She aspires to obtain a Phd. one day and get more involved in research. She would love to add 30 minutes of yoga to her routine. She is happy being herself!
You can read more from Mahvish on http://mereysafarnamay.blogspot.ch/?m=1